From the official judge we are asking to take full responsibility over the judge role, to be able to  be fair, sharp but with  a soft feeling  regarding competition . Judge need to be able to maintain balance between sanctions and providing free space to competitors to discover new tactics and strategies. Judge need to allow to competitor  freedom and creativity  of the playing which will stay under  the fair play spirit. If you are  person of adventure, passionate about travelling and meeting people through this responsible but funny role, contact us…

CSWC Judge Association is structer by next levels:

CSWC Judge Association is established in November 2019 to help to Cigar Smoking World Championship to increase level of quality of it’s judges and judging on CSWC tournaments around the world. Due to reaching of global  popularity, lhe level of seriousness of the game and the motivation of the competitors has reached almost the professional level of any other sport. If we add to this the incredible high value prizes

And the global popularity and importance of winners in the cigar world and beyond, then it is only logical that all this must be accompanied by the seriousness of the judgement and quality of each individual judge. With special training's, with official courses and tests that candidates will need to pass to become official CSWC judge with valid certificate we will make game more fair, we will it  bring on the new level. 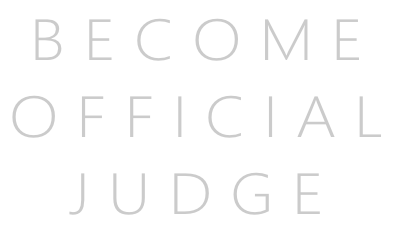